Let’s commit to a life of responsibility and action 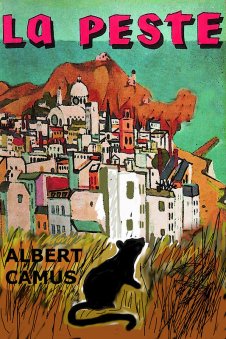 I came across an article about Albert Camus’s The Plague, recently. The Plague focuses on how citizens from Oran, in Algeria, react and adapt to a pandemic. It’s about how society shapes their response to the crisis but also how their response shapes society as it evolves and moves forward.

In the article, the following struck me and made me think about some of the questions many school leaders have been wrestling with for a while:

As Rambert gets increasingly involved with citizens who are trying to salvage life in Oran, he acquires a deeper and more enlightened understanding of obligation and love. Through commitment and self-sacrifice, he attempts to halt the deadly march of the disease and, gradually, his private, romantic love for his partner evolves into a public, civic love for the city and the people of Oran. By the time he is reunited with his lover at the end of the novel, he is worried that when he looks into her eyes, he’ll be looking at a stranger. Rambert, in other words, transcends the narrow (yet pleasurable) confines of eros for the love and obligation to the polis. Camus’ point is that like Rambert, we are all exiles—alienated from each other and the world writ large until we commit to a life of responsibility and action.

With the crisis we’re currently going through, we too have an opportunity to commit to a life of responsibility and action.

I would argue that there is an increasing need for schools to be defined – and (re)-designed – taking into account the way society is being shaped and the way it could be shaped. Leora Cruddas, at a recent roundtable hosted by the Centre for Education and Youth and Ambition Institute, talked about the academic sanctity of schools. The primary purpose of a school, she posited, and as most will agree, is to ensure that children receive the academic knowledge and skills that they need in order to succeed as they grow up and as they navigate their way through an ever-changing world.

What we have seen, over the past few days, is another role schools play, or can play, as institutions placed at the heart of their communities. This is the other side of the coin Leora Cruddas talks about when, through the work of the Confederation of School Trusts (CST), she encourages schools (and trusts) to see themselves as needing to play a civic role within their communities. In the CST’s School Trusts as New Civic Structures – A Framework Document, key steps are detailed as to what schools and trusts can do to map out the relationships they can establish with parents, carers, the local community, and other local schools, as well as local governmental partners, and wider civic partners in an area.

Whilst this argument isn’t new for many of us in the world of community organising – see here, here, and here for some related examples – it is certainly a role that has come to the fore in the past few days, in response to the extreme needs many of our school communities are facing.

There will be a lot of work going on right now to ensure that school communities are supported: we have seen an incredible amount of school leaders doing whatever it takes to ensure that children – particularly in many of our most vulnerable families – don’t go hungry over the coming weeks. Food parcels are being prepared and delivered. Schools working collaboratively to ensure that many aren’t left behind. We have also seen dozens of YouTube channels created, thousands of resources prepared and uploaded onto school websites, to ensure that children can still learn. 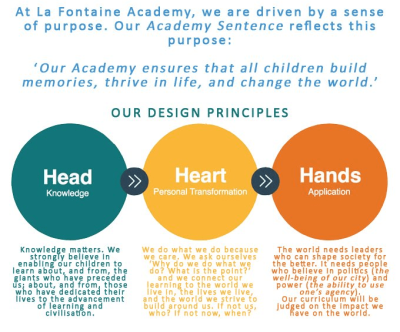 I was lucky enough to set up and lead a brand-new school as its Headteacher for over six years – a school with no history, no ‘baggage’, no pre-existing mindset barriers. From the school’s inception, we wanted to address what many across our local community (and beyond) saw as needing to be fixed: namely, the fact that, nowadays, we rarely know our neighbours (let alone lend them a hand when they’re in need). Situated in a busy part of London, our school community shared the hope that things could be different. And many of our efforts, therefore, focused on establishing systems which enable people from within, and without, our institution, to build relationships and work collaboratively on issues of common purpose.

I remember talking to prospective families as they came visit the school about our first three years:

Many schools and trusts will be asking themselves ‘What next? What should our communities look like once we’re on the other side of this temporary episode in our lives?’.

We have, crudely and for the purpose of agitation, two options:

I am, optimistically, hoping that the latter option will prevail. In terms of how schools have organised themselves in response the crisis, it is the many actions we have seen across the nation that give me hope. Not only have schools and trusts worked together to quickly establish system to support many of our communities but they’ve also realised that the State and the Market have a part to play, thus bringing meaning to the notion of democracy, whereby the State and the Market are there to ‘serve’ the wellbeing of their citizens as Plato would have it in his The Republic. Recent actions have seen schools and trusts work together to ensure that the Department for Education, retailers, and tech & data companies take into account the immediate needs of many of our vulnerable families. See here and here for some examples.

Moving forward, we have a unique chance to design and/or redesign what our core purpose(s) is/are, as an educational system. We’re a system that is viscerally connected to the communities we are rooted in and serve. This means that, one of our core purposes should be to deliver our schools’ sanctimonious goal in ways that help build relationships of trust with other parts of civil society, in ways that enable us to reweave the often-damaged fabric of society.

Over the coming weeks, we will be reacting to the situations we find ourselves in. Amongst all the noise, the tears, the pains, and the sleepless night, I urge us all to dig deep into our shared grief to resurrect the drive that the majority of us still have within our hearts. Let’s not suppress our pains: rather, let’s make them public and let’s talk about our shared hopes. Let’s reconnect to the very reason the majority of us became educators in the first place: a holistic view of what education and schools can do to make society a much better place than it is, one where, in the end, we don’t play eternal catch up and where we constantly firefight. Rather, a society where relationships are strong and where collaboration is such that the demands of our communities are heard and taken seriously.

It is an organised civil society – with schools playing a crucial role in bringing a broad base of people and institutions together – that will lead the changes we want to see. When Matthew Taylor, Director of the Royal Society for the encouragement of Arts, Manufactures and Commerce (RSA), argues in a recent blog that  many will see ‘the tragedy of COVID-19 […] as an obligation to try to create a better world when the pandemic is under control’, I completely agree.

As Taylor suggests, to be taken seriously, we will need to:

Let’s be clear, change will only happen if an organised civil society is prepared to lead. Otherwise, the millions of voices calling out for change will remain whispers of hope – hopeful whispers which will be barely audible as the brouhaha of society kicks back into action in the coming months.

As Taylor concludes his blog: ‘let’s not let the crisis go to waste.’

To make our schools and trusts truly ‘civic institutions’, we will need to be much more intentional about not only building partnerships across our communities, with our local authorities, and with other sectors of society, but also, and crucially, building relationships. The difference between partnerships and relationship may be a subtle one to most but is one which matters deeply to community organisers.

There already are examples to be recognised and celebrated (and from which we can learn) across the educational sector: for instance, and amongst many others, the work of the Co-op Academy Trust, where Community Coordinators operate in all of the group’s academies, the work of Oasis Community Learning, where hubs connect institutions across the neighbourhoods where Oasis academies are based, and the work of Surrey Square Primary School, where leaders see their role within their communities as enabling relationships with neighbours and neighbouring institutions to be built.

It is hard to see beyond today and tomorrow, at the moment. But once the dust settles a bit, let’s get talking and let’s organise – and let’s commit to a life of responsibility and action.